Was that form ever altered?

If it was, who altered it and when?

What did it look like before it was altered?

Was it altered various times?

Was it deleted?  Who deleted it and when?

XForms has a built-in audit trail at the form level.  We call it a form’s history.  That is…what did that form look like when it was first submitted, and was it ever modified (and/or deleted).

Navigate to the forms screen and click on the far right icon of a form record.

As with any digital system, each form has a unique ID, called a form_id.  When a form is submitted into XForms, the form data of that form_id is stored.  If anything in that form data is ever altered, updated, deleted, or added, a new version of that form is stored in the database, with a field_id = field_id@1.  So when you click on the form history icon to the far right of a row in the forms screen of the dashboard, the popup window will display all versions of the form…the original field_id and all the copies (e.g., field_id@1, field_id@2, etc).

Here’s a more visual view of the wat’s decribed above. 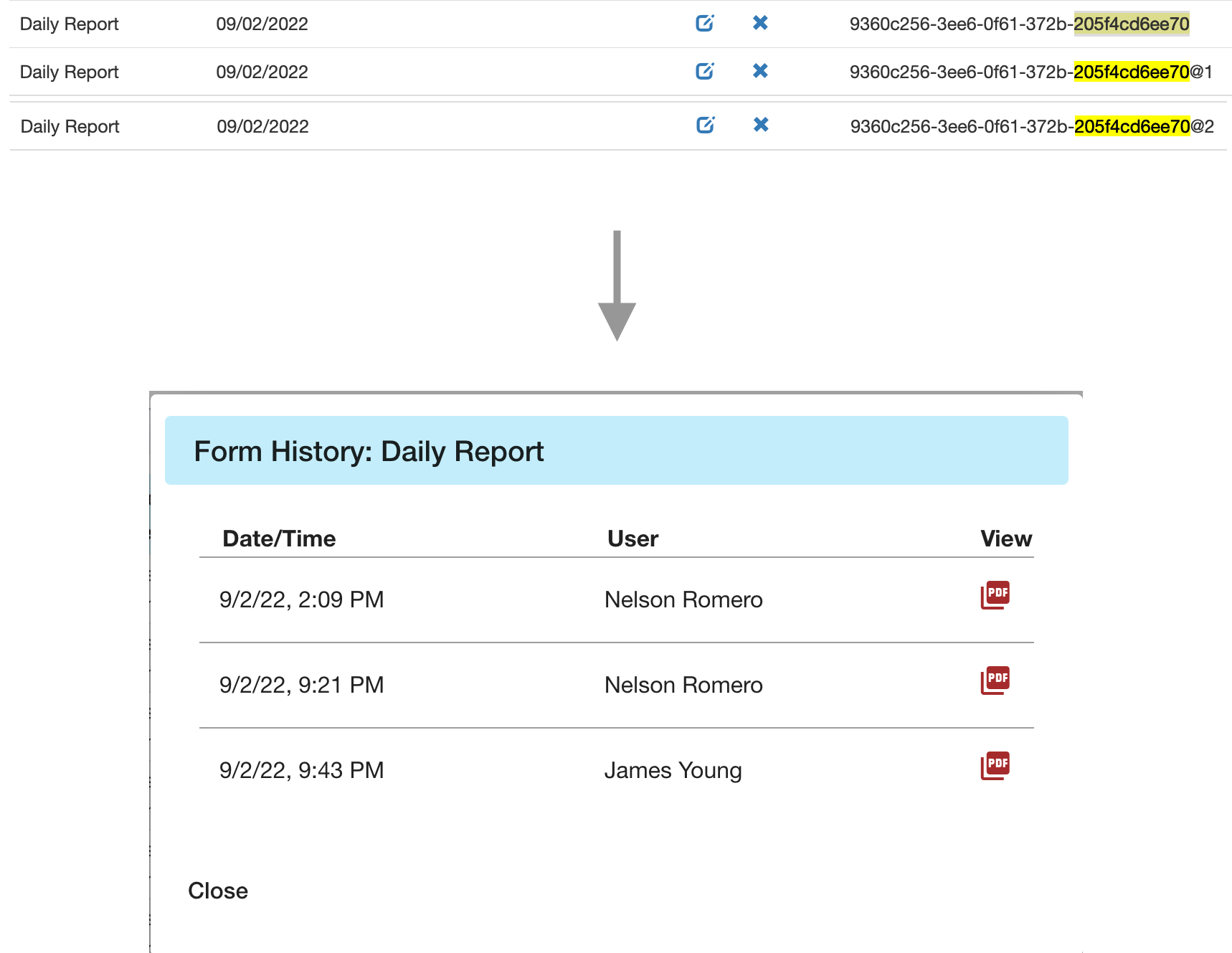 This also works in the case of a deleted form.

Lets say you have admin rights, and you (as an admin) delete a form by clicking on the red trashcan icon.  So you think you deleted the form.  But in reality, you only soft-deleted the form, meaning that the form wasn’t actually deleted from the system, the status was simply changed to “deleted” so that its not visible in the Forms screen.

If someone deleted a form and you want to retrieve it, flip the “Show Deleted Forms” switch to “on”.

And the “deletion” is also captured in the form’s history.  So you can see when the form was deleted and who deleted it.  Just click on the form history icon. 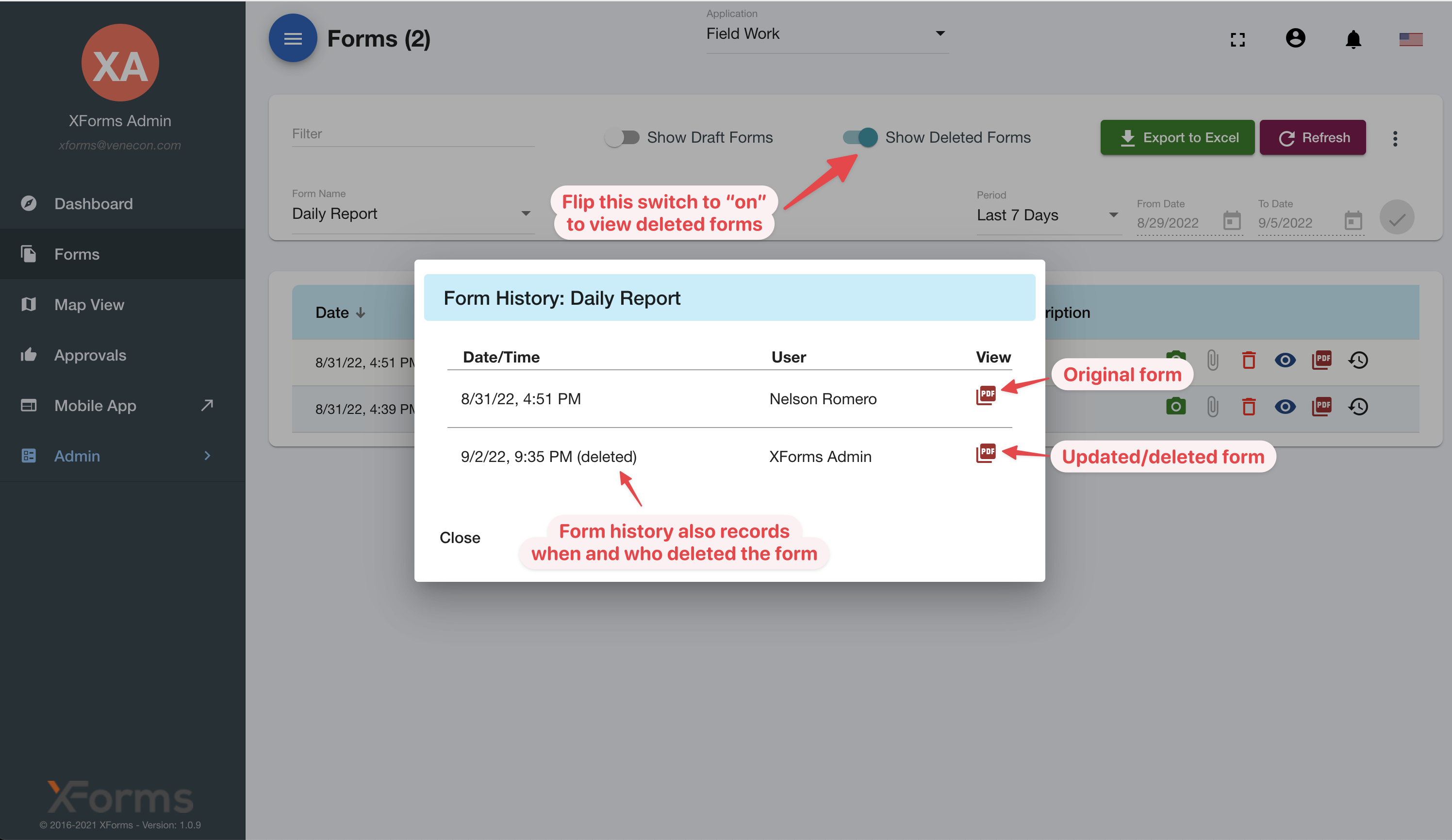 Want to learn more about XForms?

Click/tap the button below