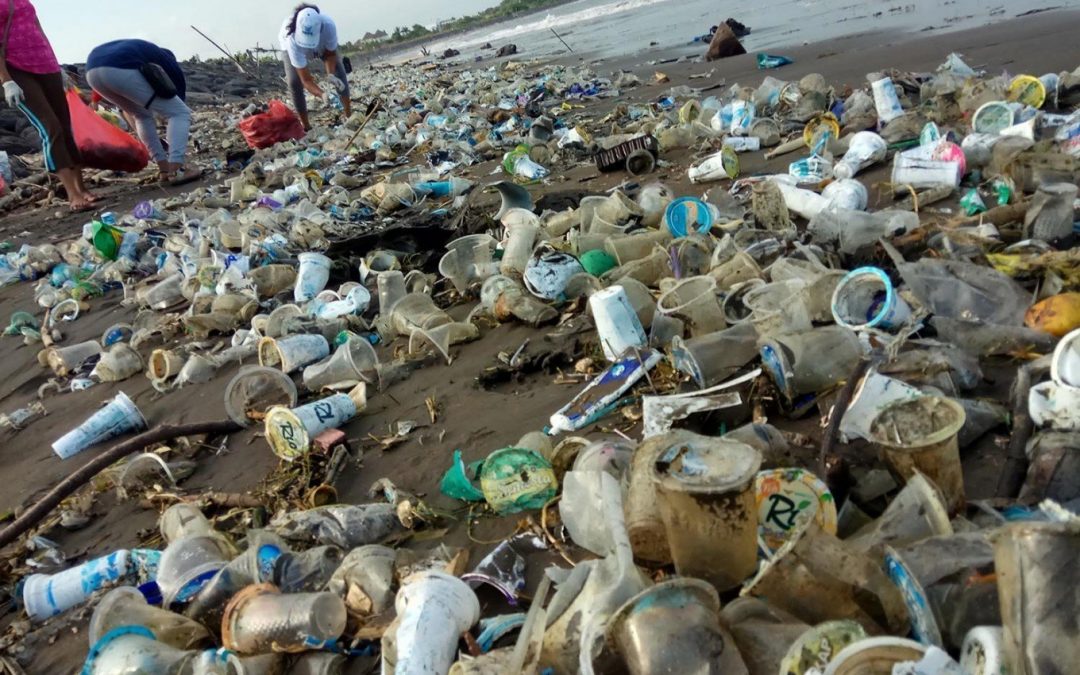 Brand audits are a real thing

From the Break Free from Plastics (BFFP) website, a brand audit is defined as follows:

… a citizen science initiative that involves recording data on plastic waste to help identify the companies responsible for plastic pollution and hold them accountable. 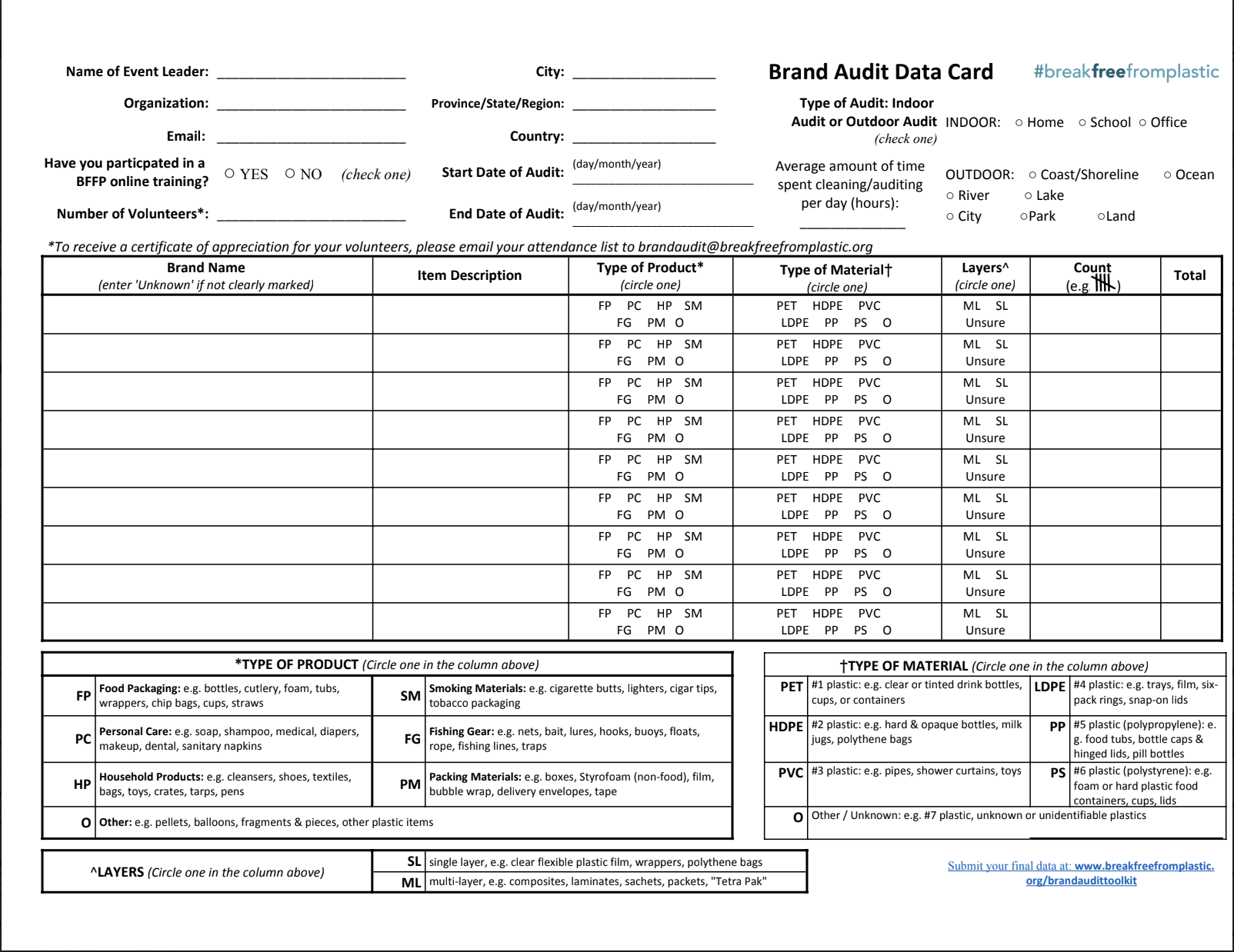 After filling out the Brand Audit Data Card, the volunteer’s team leader then uploads that data in one of three ways:

All that data eventually makes its way to a data dashboard and report provided by BFPP.  Here’s a screenshot of the data dashboard, where you can select a country and view the top brands of trash per year. 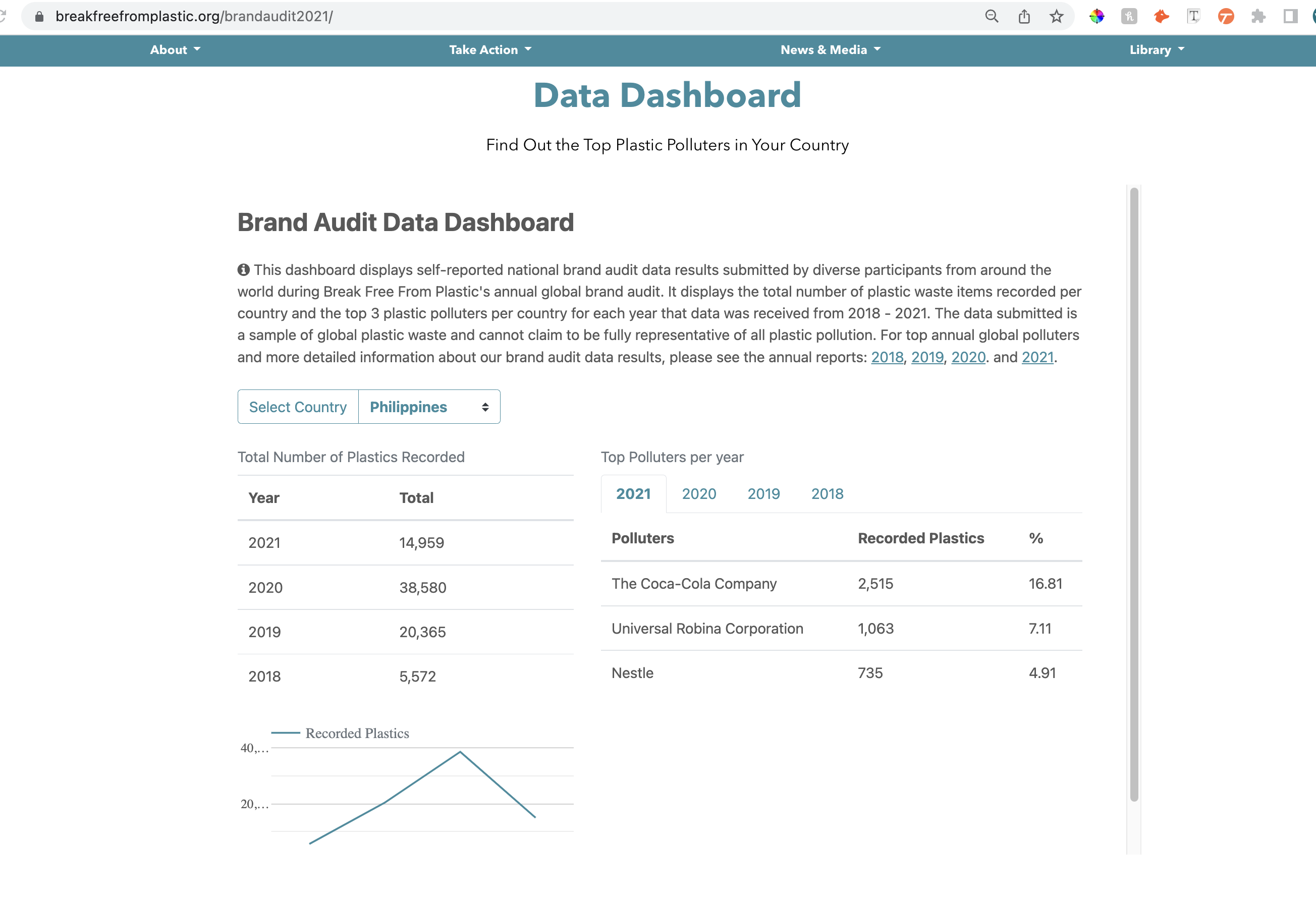 Description of the proposed improvements

We propose to offer use of the XForms platform free of charge to any ocean cleanup efforts, including BFPP’s brand audits initiative.  The system would consist of a digital Brand Audit Data Card form capable of running in both online and offline mode on any iOS or Android device, as well as online and offline on any laptop.  By now, in 2022, most humans on the planet have a very capable mobile phone in their pocket, even if its an older-generation phone.  The ability to run offline, even on low-end Kindle Fire tablets and Android devices, makes this technology available for most brand audits worldwide.  And not everyone on a brand audit would need to fill out a brand audit card on a device, as long as enough folks on the brand audit team have some available.

We took the liberty of creating a digital version of brand audit data card and testing it in the XForms platform.  Here’s a couple of short videos illustrating the system in action.

Here’s a look at the brand audit data card in action, running on an iPhone.  The example video below shows how you can create simple listboxes to normalize valid values, table grids to collect multiple rows of information, and validation rules (labels in red) to ensure that a submittal includes certain pieces of information.  The system also automatically captures the phone’s geolocation when the data card is initiated, enabling the ability to easily plot the location of the audits with no human involvement required.

Here’s a short video illustrating the out-of-the-box reporting dashboard implementation for the brand audit card data.  Note that anything collected can be displayed in the black “aggregation” blocks.  As data is collected over time, the aggregation—or key performance indicator—blocks improve in the ability for the user to access and aggregate key indicators of the underlying dataset.  A simple mapping tool is also included that plots the locations of where the forms were initiated.  Export to Excel is also readily available from the Forms screen, making it easy for manual data export.

XForms has a set of open APIs that can be used for virtually any type of programmatic integration.  The APIs are two-way, meaning that data can be inserted into XForms as well as data extracted out of XForms.  An example of data being inserted into XForms is a list of locations to populate listboxes, where a user would select a value from a dropdown instead of havingto enter text, which could result in some data normalization issues.

As for extracting data out of XForms, anything stored can be extracted, including photos (both original photos and photos with a draw layer on top), captions to photos, PDF versions of the submitted forms, and all data including table data.  Geolocation data and other metadata can also be extracted out.

The possibilities for integrations is endless and would inevitably result in better awareness of brand audit efforts to clean up our oceans and waterways.

Besides this blog article, and maybe some press down the road, there are no strings attached to this offer/proposal.  It would be our way of doing something to tackle the enormity of the plastics issue.

Want to discuss this concept?