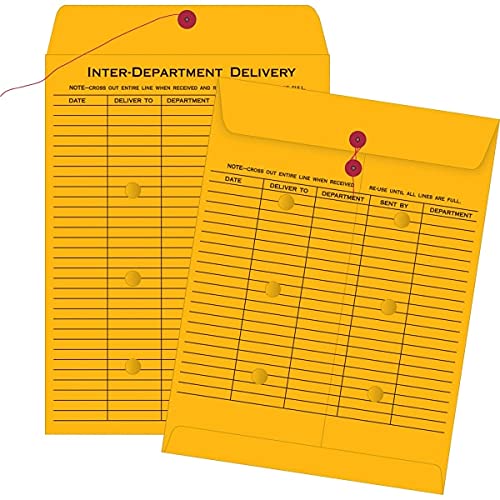 Do you remember a time when those manila envelopes in the image above were used in every. single. office. mailroom?

Flashback to April 1989, when I worked a really crappy temporary job, employed by Manpower Inc. (a temporary staffing agency) on a weekly assignment in the mailroom of the corporate Exxon offices in Houston Texas. One of my duties was to take documents out of mailroom carts and insert them into employee mailboxes and cubbyholes.  Here’s a picture of a mailroom cart (for those too young to remember these things):

A funny anecdote to the story above is that I worked in the Exxon headquarters mailroom right after the Exxon Valdez oil spill had occurred.  There were TVs in the lobby airing CNN continuously, and employees would just stand there watching it all…images and video of petroleum-coated birds and sea otters, residents of Prince William Sound airing their grievances, images of Joseph Hazlewood, the captain of the ship….you get the picture.  It was chaotic times at Exxon back then, and I had a front row…well, actually I was in the frickin’ mailroom, a lowly temp staffer 🙂

Anyway, I got to see a TON of intra-company envelopes, enveloped that were used to route documents within a company, from one person to another, or from one department to another.

Here’s an example of an inter-departmental envelope that has been filled out a lot.  You can see how messy they can get. As a mailroom guy, you had to figure out who this envelope goes to.  Not rocket science, but you still had to decipher sometimes near-illegible writing and scratch-outs. 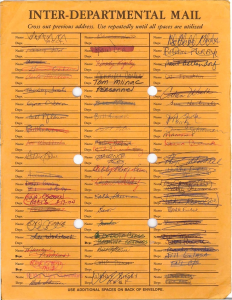 What’s the digital, modern equivalent of those ancient interdepartmental envelopes?

So, what replaced them?  Attachments to email mostly, but also digital approval workflow systems, or systems that added an approval workflow feature to itself, like Maximo, for example.  Even some mobile forms software tools now include some sort of customizable workflow process. Including XForms.

How Approval Workflows “works” in XForms

Approval workflows is a new feature within XForms that is tightly integrated with its Form History feature.   Here’s a screenshot of the approvals screen in the reporting dashboard. 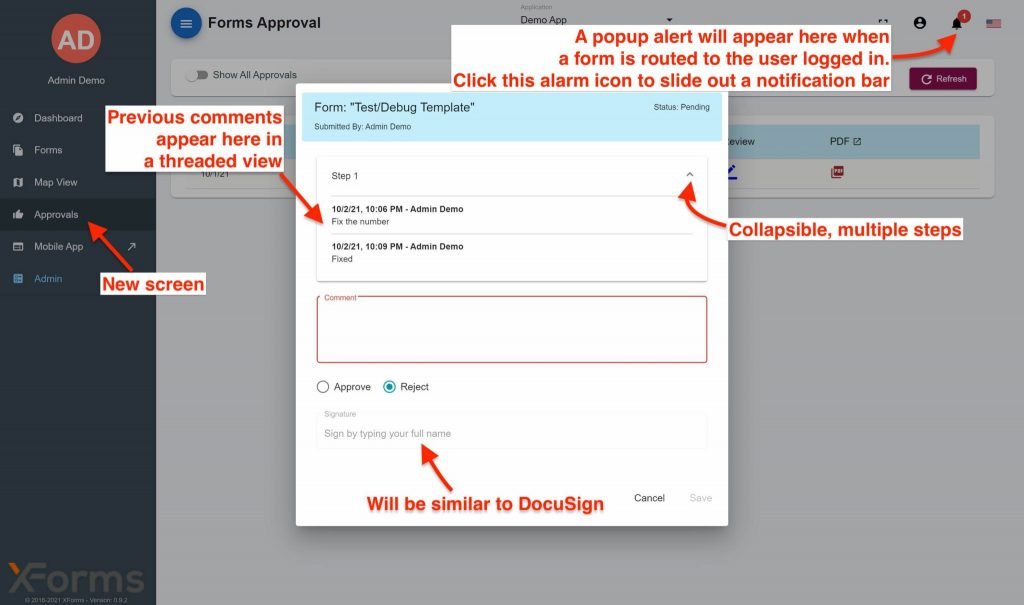 From a high level view, here’s how it works:

In summary, you would do the following:

Once you nail that down, then it’s super easy to build the approval workflow.  To illustrate the simplicity of this within XForms, here’s the code of an actual approval workflow in use today:

What does it look like on the mobile app, for the person submitting the form for approval?

The field tech fills outs a form as usual.  If the form template type is assigned to an approvals workflow, it will appear in the “Approvals” screen.  Once an approver approves the form, a small “Approved” tag is added to the form.  If the form is rejected, then the tag will display “Rejected” and will be in a red color.

Here’s a couple of screenshots of the mobile app on an iPhone (pixelated for privacy). 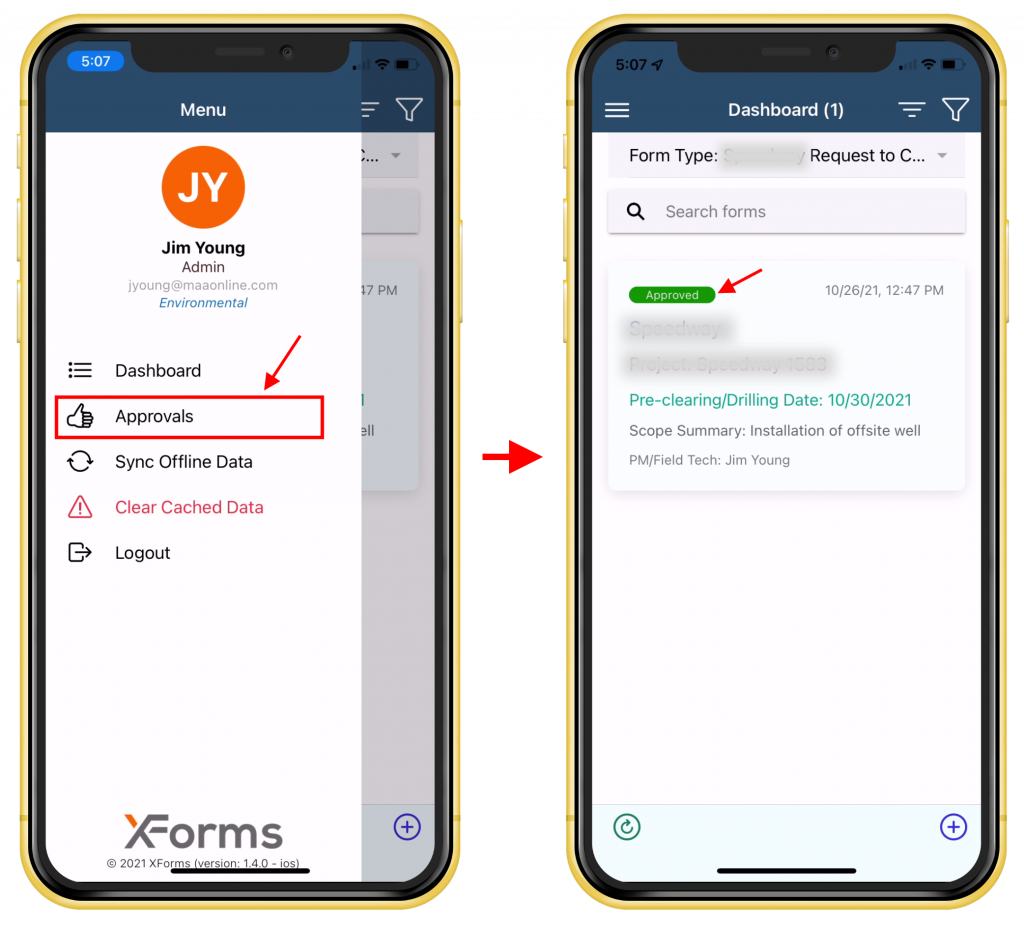 Once a form goes through an approval workflow and is “approved”, the approval signature(s) and the date/time of the signatures are automatically appended to the bottom of the PDF version of the form. And if for some reason you need it, you can also extract all the signature metadata via the XForms APIs. 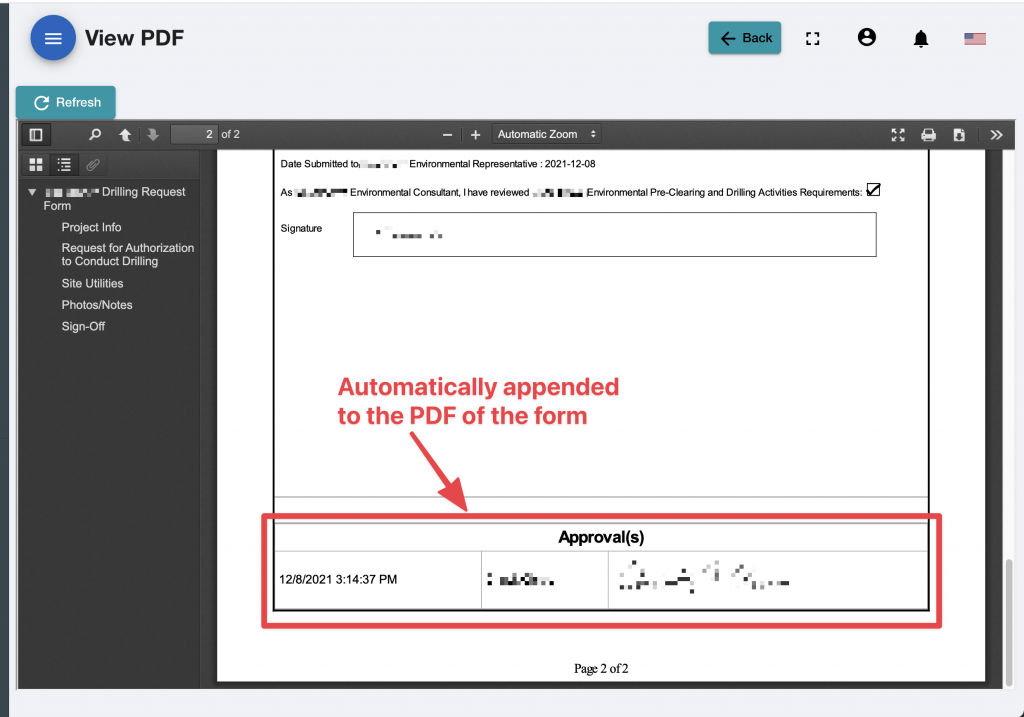 If your field forms require an approvals process, why not give XForms a look?

If you use lockout/tagout safety forms requiring a safety supervisor to “sign-off” on your intended LOTO, if your work authorization form requires a higher-level person to approve it, or if you need certain forms to go through an approval process before being “accepted”, why not give XForms a try?  The implementation of approval workflows is dead simple, and that’s on purpose.  No need to over-complicate or over-engineer things just because.  Give it a look.  Click/tap on the button below to schedule a demo.